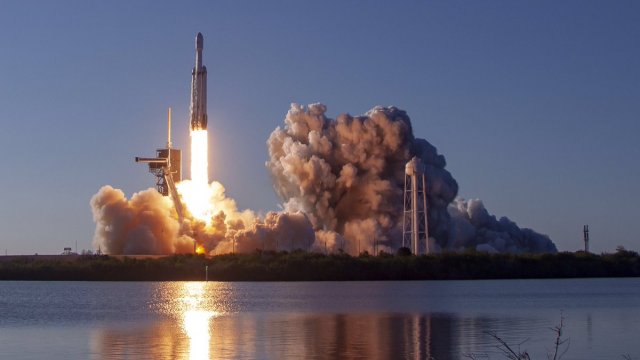 SpaceX has launched the world's most powerful operational rocket on its first commercial flight.

The Falcon Heavy successfully lifted off from Kennedy Space Center in Florida Thursday evening. Its mission: to put a communications satellite into orbit for a Saudi-based telecom firm.

And after liftoff, all three of the Falcon Heavy's rocket boosters made it safely back to Earth — another significant first for SpaceX.

The company first tested the Falcon Heavy last year. Only two side boosters were recovered during that launch, which was purely for demonstration.

And this definitely won't be the rocket's last commercial mission. As CNN notes, the Falcon Heavy has already been tapped for a few missions, including a $130 million contract to launch a U.S. Air Force satellite.