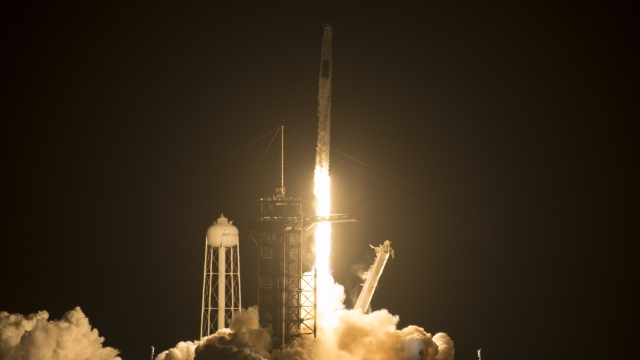 SpaceX launched its third human spaceflight in less than one year.

The Falcon 9 rocket launched from the Kennedy Space Center early Friday morning. And it now heads to the international space station where the four-person crew will join seven other astronauts.

This flight marks the first time NASA has allowed SpaceX to use a previously flown rocket in a human spaceflight.