SpaceX Gets Its First Official Contract For Manned Launches 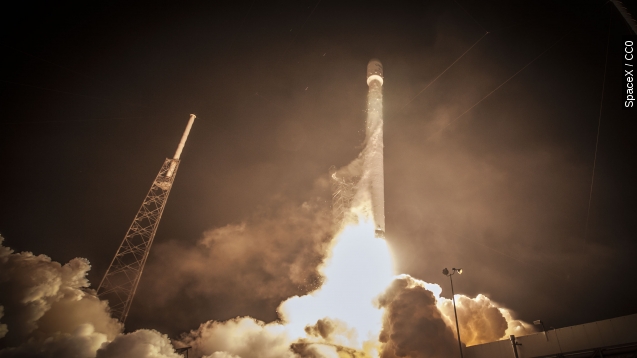 SMS
SpaceX Gets Its First Official Contract For Manned Launches
By Evan Thomas
By Evan Thomas
November 21, 2015
SpaceX now has about two years to certify its rockets for manned flight.
SHOW TRANSCRIPT

History — is scheduled for a couple years from now. SpaceX has its first crew launch contract.

NASA officially handed out its second-ever commercial crew contract to SpaceX, after giving the first to Boeing in May. (Video via NASA)

And that's despite SpaceX's highest-profile setback to date, when it lost CRS-7 during launch in June. (Video via SpaceX)

Since then, SpaceX hasn't left the pad. Its rockets are still grounded while it investigates what went wrong and how to keep it from happening again. (Video via SpaceX)

NASA doesn't mind the delay. In fact, that's part of why it issues these contracts so far in advance: so its subcontractors have time to complete certification and ensure their rockets don't disassemble themselves while there are astronauts aboard. (Videos via NASA, SpaceX)

In the meantime, NASA has yet to decide which of the two companies — SpaceX or Boeing — will get the honor of the first commercial launch of a human crew. (Videos via SpaceX, Boeing)