Elon Musk's 'BFR' Spaceship Could Be A BFD 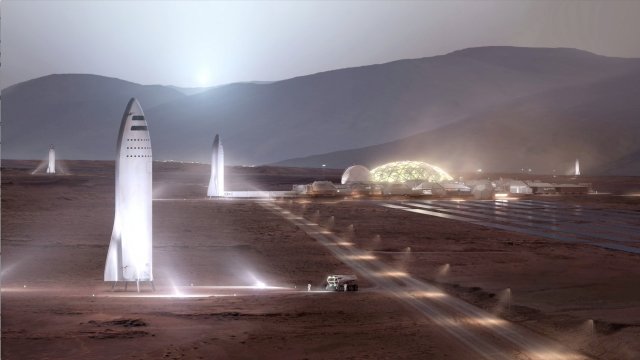 SMS
Elon Musk's 'BFR' Spaceship Could Be A BFD
By Lindsey Pulse
By Lindsey Pulse
September 29, 2017
SpaceX is working on a rocket concept called "BFR" that could travel quickly anywhere on Earth and maybe even take people to Mars.
SHOW TRANSCRIPT

Elon Musk says SpaceX is working on a rocket that could take you anywhere on Earth in less than an hour.

"If you build a ship that's capable of going to Mars, what if you take that same ship and go from one place to another on Earth?" Musk says.

Musk spoke at the International Astronautical Congress about one of SpaceX's projects, the "BFR" — and yes, that stands exactly for what you think it does.

Musk thinks he could take people from New York City to Shanghai in 39 minutes with the theoretical rocket. He says the trips would be quick because there's no friction or turbulence in space.

That same rocket would also go to Mars, Musk says. 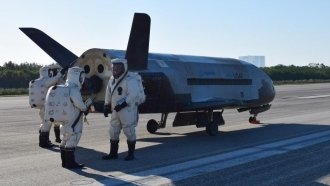 The SpaceX CEO wants to send at least two cargo ships to the Red Planet by 2022. Then by 2024, the goal is to start sending people.

Eventually Musk wants to colonize, but he didn't give too many logistical details.

If the "BFR" does come to life, it sounds like it could be a BFD.