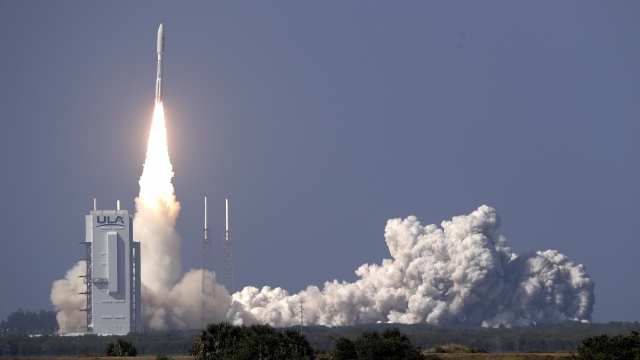 The satellite cost around $1 billion, and it's the sixth and final satellite in the U.S. military's Advanced Extremely High Frequency series.

The satellite was sent into space using the United Launch Alliance's Atlas V rocket. The alliance's chief executive said health precautions were taken amid the coronavirus pandemic: Nonessential personnel were barred from the launch control room, and the viewing area at the Cape Canaveral Air Force Station was also closed.

The Space Force became the sixth branch of the U.S. military in December.