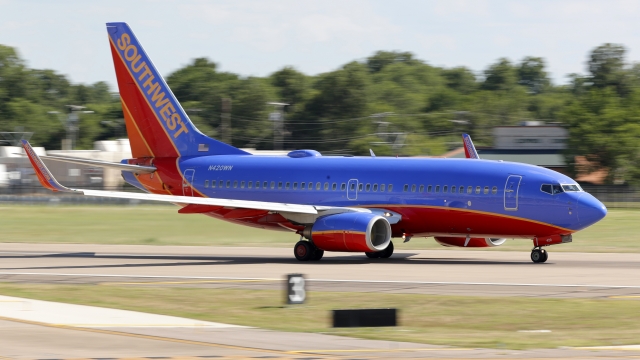 SMS
Southwest Plans To Cut Pay To Avoid Layoffs, Furloughs
By Newsy Staff
By Newsy Staff
October 6, 2020
The airline industry continues to ask for help from Congress as it deals with the pandemic.
SHOW TRANSCRIPT

Southwest Airlines says it will make pay cuts as the industry deals with the pandemic and continues to ask for help from Congress.

Kelly said it will help avoid layoffs and furloughs through next year. He also said unless the government gives more funding to airlines, Southwest will make big spending cuts until a coronavirus vaccine is available to the public.

Kelly said he would forgo his salary through the end of next year. Senior executives will continue to take a 20% pay cut, and nonunion workers are being asked to take a 10% cut.