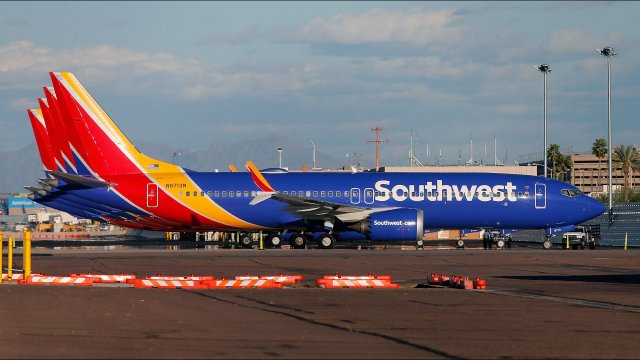 The union that represents Southwest Airlines pilots is suing Boeing over the global grounding of the 737 Max aircraft.

The Southwest Airlines Pilots Association announced the lawsuit Monday. The suit accuses Boeing of misleading pilots and airlines about the safety of the 737 Max. It claims the prolonged grounding of the aircraft has caused pilots to lose millions of dollars in compensation.

The union's president said in a statement: "We look forward to a solution that helps Boeing restore the confidence of both the flying public and the pilots who operate its aircraft."

More than 30,000 Southwest Airlines flights were eliminated when aviation authorities grounded the 737 Max in the wake of two fatal crashes. Boeing says it hopes to get the planes back in the air in the U.S. by the end of the year.