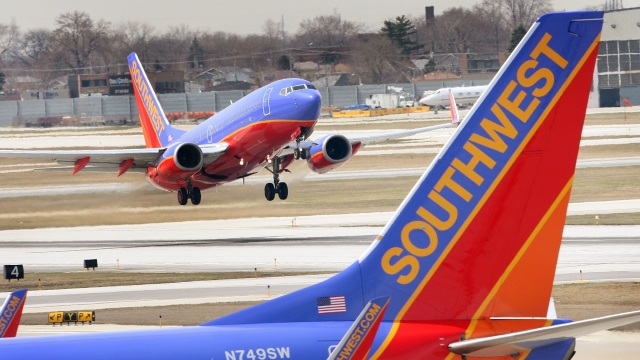 A Senate committee says the airline wasn't told about more than 300 "major repairs" to planes it bought secondhand.

Southwest Airlines has flown dozens of jets without knowing their entire safety history, according to documents released by the Senate Commerce Committee on Monday.

The documents say Southwest bought 88 used jets from foreign airlines between 2013 and 2017, and the FAA let the airline fly them. But in May 2018, an FAA official discovered some problems with the paperwork.

That led the airline to conduct a "thorough audit," and it reportedly found 360 major repairs to the planes it didn't previously know about.

Southwest says the planes are safe and that it was not trying to hide problems. In a statement, the airline said: "In 2018, the FAA and Southwest discovered a small number of repairs on a few of these 88 pre-owned aircraft that had been performed but not properly classified by the previous owners due to differences in language and repair criteria."

It says it "has completed the nose-to-tail inspection" on 41 planes and that it hasn't found any reason to believe the planes are, or ever were, unsafe.

Southwest says it will inspect the 47 remaining aircraft.

The FAA said Southwest "met the requirements for immediate inspection and risk assessments on these aircraft."