Southwest Cancels Hundreds Of Flights Over An 'Operational Emergency' 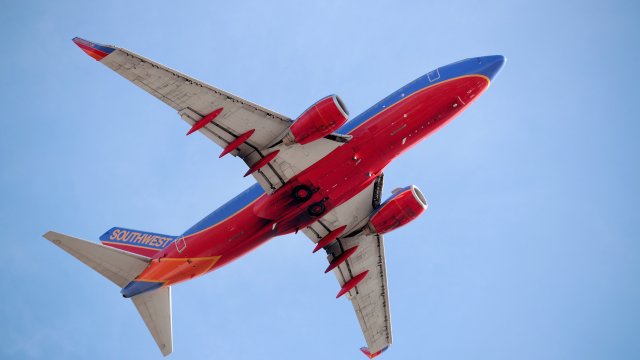 Southwest Airlines has canceled hundreds of flights in the past several days due to a widespread "operational issue" — and that's not the only issue the airline is facing.

In a statement released Tuesday, the company's COO said it's investigating maintenance problems that have kept an "unprecedented" number of planes out of service, prompting the cancellations. He cited ongoing negotiations with its mechanics union as a potential factor, which the union denied.

Southwest also announced Wednesday that the latest partial government shutdown cost the company $60 million. That's more than the $10-$15 million it had originally anticipated.

In addition, the Federal Aviation Administration is investigating the air carrier's miscalculation of checked baggage weight. The agency hasn't decided whether it'll punish the airline for the mistakes.