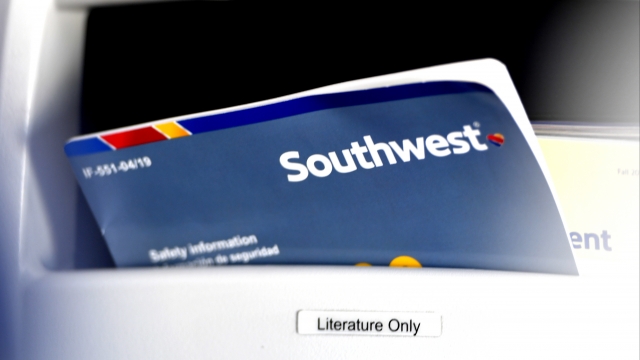 SMS
Southwest Airlines Says It Won't Lay Off Any Employees Oct. 1
By Bailey Vogt
By Bailey Vogt
July 27, 2020
A federal bailout stipulated the company could not lay off employees through September.
SHOW TRANSCRIPT

Southwest Airlines has told employees there won't be any furloughs or layoffs Oct. 1.

That date is significant because recent federal bailouts stipulated the company could not lay off employees through September.

CEO Gary Kelly made the promise in a memo obtained by Newsy.

He wrote, "We have no intentions of seeking furloughs, layoffs, pay rate cuts, or benefits cuts through at least the end of this year." He said he couldn't "guarantee" that layoffs wouldn't happen after that, but added, "It will be the last thing we do to keep Southwest financially healthy."

Both United Airlines and American Airlines have already warned about potential layoffs after the bailout stipulation ends.

But just because it's not reducing its workforce doesn't mean Southwest isn't still dealing with financial losses. In a report released last week, the airline announced it lost $915 million in its second quarter.