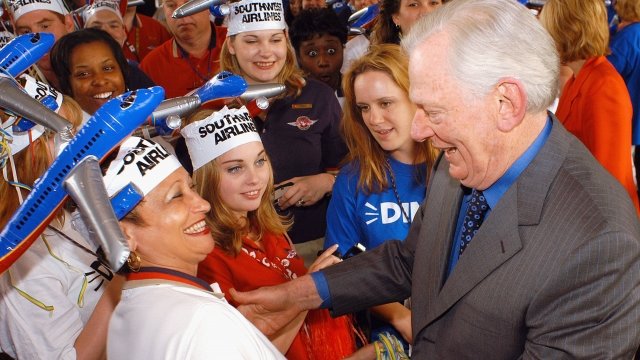 In the past, it was a luxury to fly. It was expensive partly because there weren't many other airline competitors. But Southwest Airlines revolutionized low-fare costs and changed the aviation industry as we know it today. At the helm was co-founder Herb Kelleher, who passed away Thursday at 87 years old.

"It was a crusade for the American people to do right by them. The air service at that time in Texas was a very poor quality and the prices were very high. And I also wanted to vindicate the system," Kelleher said.

When Southwest launched in 1971, about 332 million people flew worldwide. Now, that number has grown to 4 billion fliers thanks to affordable flights. But how does Southwest maintain low fares?

Secondary airports are also used to avoid cost delays. And lastly, during the time when major airlines were "full service" carriers, Southwest reduced costs by giving out peanuts instead of meals. They've since changed that to pretzels due to peanut allergies. 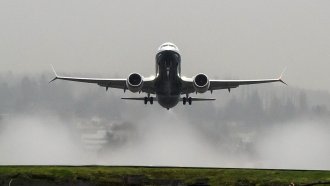 The U.S. Department of Transportation even coined the term "Southwest Effect" for how the airline influenced air travel. When Southwest, or a similar airline like JetBlue, flies into a community, it can lower flight costs for consumers or even improve service.

Unlike other airlines, Southwest turned a profit in 1972 and has been ever since. But that doesn't mean there wasn't turbulence along the way.

When Southwest first got started in Texas, larger airlines tried to muscle them out of competition by lowering their prices, sometimes below their own costs. Southwest dealt with this by giving away free bottles of whiskey to its fliers. Kelleher was a huge bourbon whiskey fan and his airline became the largest whiskey distributor in Texas for a few months. Eventually, other airlines brought their prices back up.

Southwest's early days also involved a legal battle for Southwest to fly in Texas. That battle went all the way to the Supreme Court.

The cigar-smoking, Wild Turkey whiskey bourbon-loving, Elvis-impersonating Kelleher famously believed in employees first. That means a happy employee leads to happy customers and it's embedded into their business. 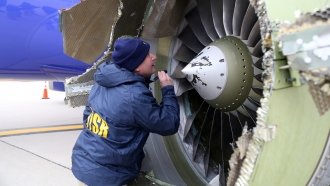 "We never had a layoff, we've never had a pay cut. We've been profitable every single year since our first full year of operation," said Gary Kelly, Southwest Airlines CEO.

Kelleher is remembered for "democratizing the skies" and is survived by his wife Joan and three children. Kelleher said, Southwest staying power is due to its ability to change with the times.

"If things change faster outside your company than they change inside your company you've got something to worry about. You know what we're taking about here is your future. If we don't change, we won't have one."