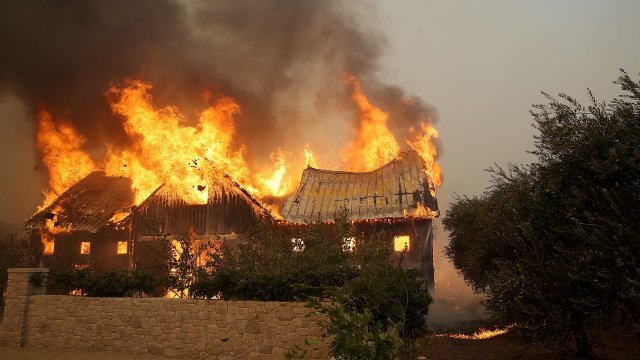 SMS
One Part Of California Braces For Fires As Another Part Puts Them Out
By Gabrielle Ware
By Gabrielle Ware
October 24, 2017
Northern California started to assess damage from multiple wildfires earlier this month. Now, the southern part of the state is prepping for blazes.
SHOW TRANSCRIPT

As California tames wildfires in one part of the state, another area is on high alert for more blazes.

The California Department of Forestry and Fire Protection, or CAL FIRE, says it beefed up its staff just in case. Those conditions we mentioned helped fuel a string of wildfires earlier in October in northern California.

As of Tuesday, the blazes destroyed about 8,400 structures and killed 42 people. The largest of those fires are now over 90 percent contained.

The state's coastline from Santa Barbara to San Diego had record highs Monday. And more were forecast for Tuesday.