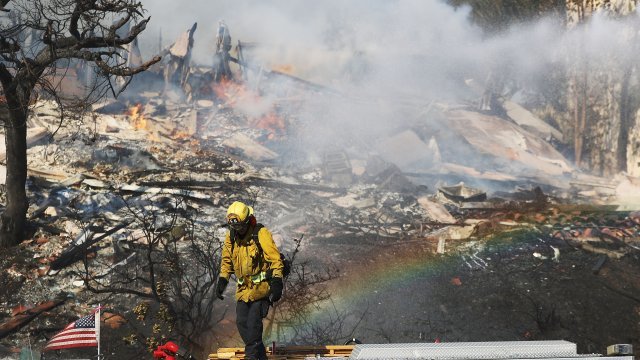 The wildfires burning through Southern California keep getting bigger.

Officials are focusing on the three biggest active fires: the Thomas Fire heading toward the city of Ventura, and the Rye Fire and the Creek Fire, which are both in Los Angeles County.