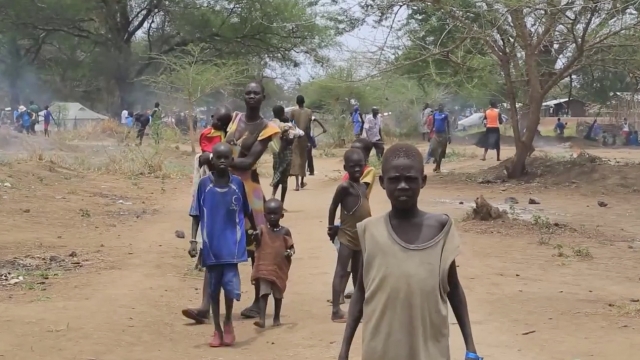 SMS
How Genocide In South Sudan Could Be Prevented
By Melissa Prax
By Melissa Prax
December 21, 2016
One estimate says some 50,000 people have died in just the past two years.
SHOW TRANSCRIPT

South Sudan is on the brink of genocide, and the U.S. might be able to stop it.

One estimate says some 50,000 people have died in just the past two years. But the world has largely stopped watching.

SEE MORE: Nigerians Are Dying Of Hunger, And The World Is Ignoring Them

Civilians are suffering the most. Nearly 3 million people have been displaced.

The U.S. is intertwined in the conflict there and is South Sudan's largest source of funds.

The U.S. helped South Sudan gain independence, but as political turmoil has increased in the country, the U.S. has threatened to stop offering aid.

Do you think the international community is doing enough in South Sudan? Let us know on social media.