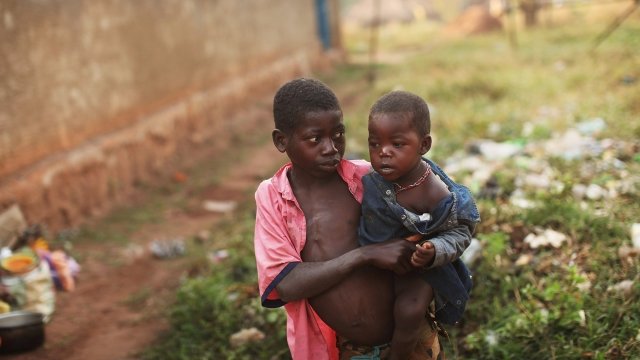 Hundreds of thousands more people died in a civil war in South Sudan than previously estimated.

A new report — funded by the United States Institute of Peace and the U.S. Department of State and conducted by the London School of Hygiene and Tropical Medicine — says an estimated 383,000 South Sudanese people died in just under five years as a result of the war.

The number was previously thought to be around 50,000.

The report says about half of the deaths were from war violence and the other half were linked to the war's effects, like food shortages, displacement and disruptions in health services.

The civil war in South Sudan began in 2013, when President Salva Kiir accused his then-Vice President Riek Marchar of plotting a coup and fighting broke out. Since then, the country has faced violence, sexual violence, famine, looting and death. More than 1.6 million people have been internally displaced.

The report urges a strengthened humanitarian response and for "all parties [to] seek urgent conflict resolution."

Earlier this month, President Kiir and Marchar — now a rebel leader — signed a peace agreement to end the war. The agreement will reinstate Marchar as the vice president.