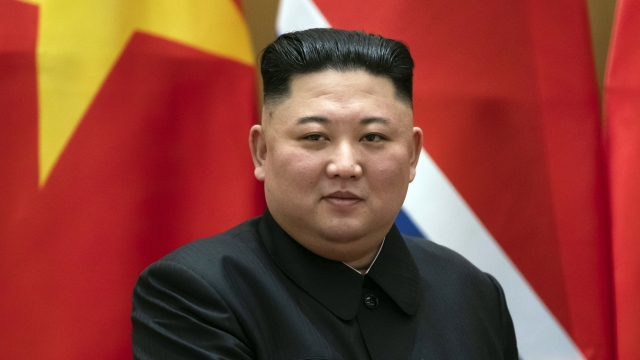 SMS
Is North Korean Dictator Kim Jong-Un Ailing?
By Sasha Ingber
By Sasha Ingber
April 21, 2020
Intelligence analysts "will use every piece of information they can get their hands on."
SHOW TRANSCRIPT

Could Kim Jong-un be ailing?

A South Korean-based website is reporting that the North Korean leader recently had heart surgery and is recovering in a villa outside of Pyongyang. The U.S. is watching closely.

"Well, we are monitoring these reports very closely. And as you know, North Korea is a very closed society. There is not a free press there. They’re parsimonious with the information that they provide about many things, including the health of Kim Jong-un," White House National Security Adviser Robert O'Brien told Fox News.

The young dictator of the nuclear-armed nation is overweight and frequently seen with a cigarette in hand — details that matter to the intelligence community because they could alter the geopolitics of the region.

"Intelligence analysts will use every piece of information they can get their hands on when they're working to assess the health of these leaders. And in fact, they have specific teams of doctors and nurses who pore over this information in order to kind of diagnose them remotely," says Scott Stewart, a former special agent at the U.S. Department of State and vice president of security firm TorchStone Global.

This isn’t the first time that outsiders have speculated on Kim’s health. But suspicion resurfaced recently after he missed an important country holiday, the Day of the Sun, celebrating his grandfather's birthday. Some experts speculated that he was avoiding crowds because of the coronavirus pandemic. He hasn't been seen since April 11. Days later, Pyongyang test-fired missiles.

"I'm certain right now that there are intelligence agencies that are talking to sources on the ground and using other means, you know, technical means — radio, telephone intercepts, and such — to try to figure out exactly what's going on on the ground in North Korea with COVID. I'm somewhat skeptical that they haven't had an outbreak there just due to what's happened in South Korea, what's happened in China," says Stewart.

Countries where COVID-19 has spread. Even before the outbreak, North Korea has long been one of the intelligence community’s most opaque targets.

That could mean his younger sister, Kim Yo-jong, who has a high position in the government.

"She also has been right next to Kim Jong-un at all the major summits with the South Korean president and the U.S. president. So that's why I think people are looking to her as a potential successor," Aum said. "But again, it would be very unusual because you typically don't have a female successor in these sorts of authoritarian regimes."

No unusual military activity at the border between the Koreas has been reported, and the U.S. Department of Defense tells Newsy it has nothing to provide.

"The North Korean regime is very careful about controlling information, and when they leak what has happened to their leader. So at this point, all we can do is wait and see," says Aum.