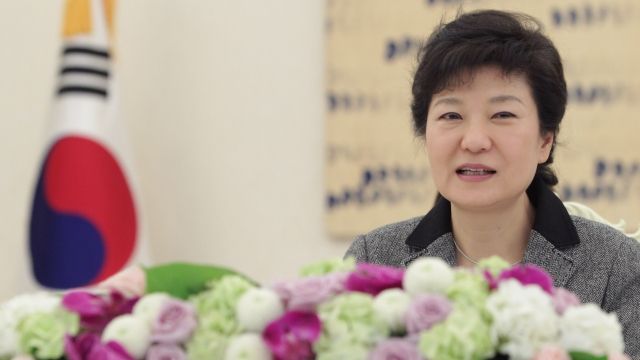 "I solemnly accept the voice of the Parliament and the people and sincerely hope this confusion is soundly resolved," she said after the vote.

According to local media, Friday's motion passed by a huge margin: 234 votes to 56. That was more than enough to fulfill the two-thirds majority required for impeachment.

The vote comes after weeks of protests demanding Park's removal from office.

SEE MORE: A Really Weird Scandal Is Going On In The South Korean Presidency

She has been accused of sharing confidential information with her longtime friend Choi Soon-sil, who critics allege secretly controlled parts of the government even though she is a private citizen.

Choi has also been accused of using her relationship with Park to pressure powerful companies into donating massive amounts of money to foundations she controlled and then siphoning some of those funds for personal use. She was indicted in November on charges of coercion, fraud and abuse of power.

Park's powers were immediately suspended after the impeachment vote. South Korea's prime minister will take over as acting president while the Constitutional Court decides whether to permanently remove Park from office.