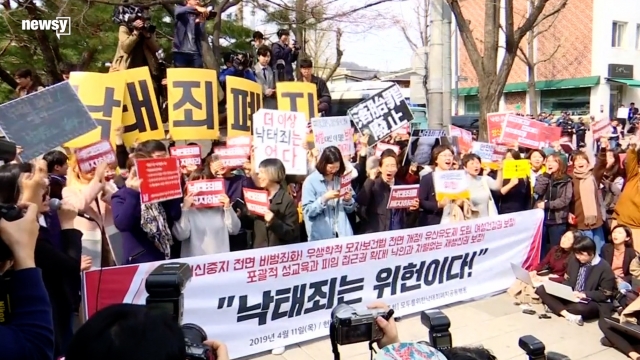 The decision came from the Constitutional Court of Korea Thursday. In the ruling, the court said the law is "an unconstitutional restriction that violates a pregnant woman's right to choose."

The 66-year-old law banned abortions except for in certain cases, like rape, incest or due to a life-threatening pregnancy. Physicians who perform abortions could face up to two years in prison. Women who have the procedure done could face up to one year in prison and a fine of more than $1,700.

The law was reviewed after a doctor who was convicted of performing nearly 70 abortions from 2013 to 2015 challenged the ban.

Parliament now has until the end of 2020 to revise the law.