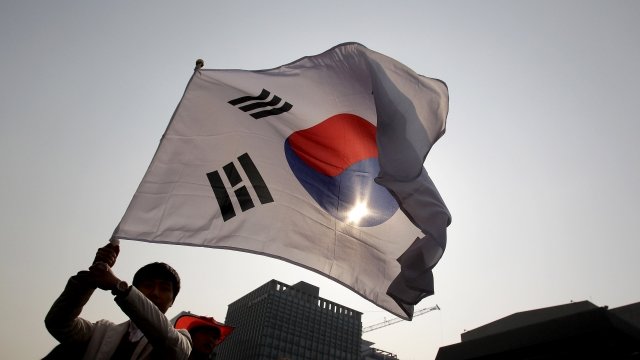 South Korea wants to help patch up any misunderstandings between the U.S. and North Korea.

Reuters reported Thursday that a South Korean government official said it plans to act as a mediator for the two countries.

Earlier this week, North Korea said it would reconsider an upcoming summit between leader Kim Jong-un and U.S. President Donald Trump if it faced continued pressure to denuclearize.

But as things currently stand, it seems unlikely that North Korea will be on board with South Korea's offer. The two countries were supposed to hold high level talks Wednesday, but North Korea canceled them over joint U.S.-South Korea military drills.

And on Thursday, North Korea's chief negotiator referred to the South Korean government as "ignorant and incompetent." He insinuated further talks with South Korea are off the table until Pyongyang's demands are met.