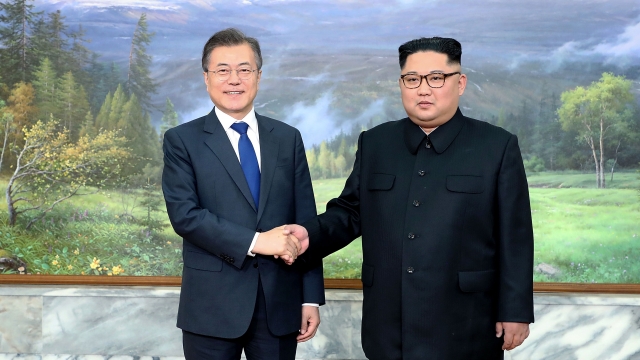 SMS
South Korea To Send $8 Million In Humanitarian Aid To North Korea
By Ahmed Jawadi
By Ahmed Jawadi
May 17, 2019
​The aid will be used to supply food to North Korean hospitals and daycare centers, as well as medicine and vaccines to children and pregnant women.
SHOW TRANSCRIPT

South Korea has decided to send $8 million in humanitarian aid to help North Korea with its current food shortages.

South Korea said Friday it will provide the aid in partnership with international relief organizations, like the World Food Program and the United Nations Children’s Fund. The aid package will be used to supply food to North Korean hospitals and daycare centers, as well as medicine and vaccines to children and pregnant women.

Earlier this month, the World Food Program said more than 10 million North Koreans were "suffer(ing) from severe food shortages" following the country's worst harvest in a decade last fall. In addition to that, North Korea said Wednesday it is suffering its worst drought in nearly 40 years, and was working on trying to find new water sources and mobilize pumps and irrigation equipment to save the crops.

South Korea had originally planned to donate the money in 2017, but put it on hold after North Korea launched a missile over Japan that year. And despite reports that Pyongyang is still conducting missile tests, South Korea's Unification Ministry said it will provide humanitarian assistance for North Korean people "regardless of the political situation."