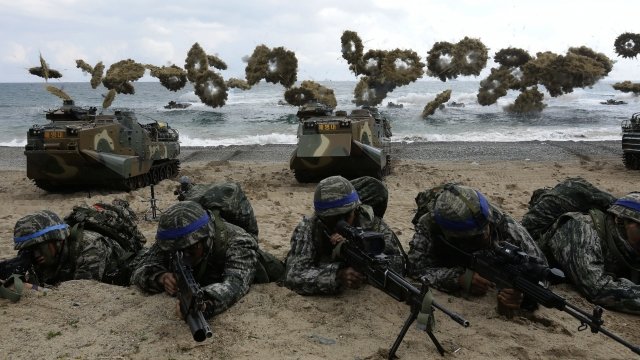 The country's interior minister announced the plan Tuesday, saying the decision to suspend the Ulchi exercise was made in part because of "changing security circumstances" on the Korean peninsula.

Reuters reports the Ulchi drill is conducted each year alongside the U.S. military's Freedom Guardian exercise. They usually happen in August.

Last month, the Pentagon announced the U.S. was suspending planning for the combined defense exercise. This came after President Donald Trump met with the leader of North Korea — a country that's never been a big fan of the U.S.-South Korea military drills.

Starting next year, South Korea plans to combine its Ulchi exercise with one of its other drills. The point of the new exercise would be to train its military to better cope with threats like terrorism and armed attacks from the outside.