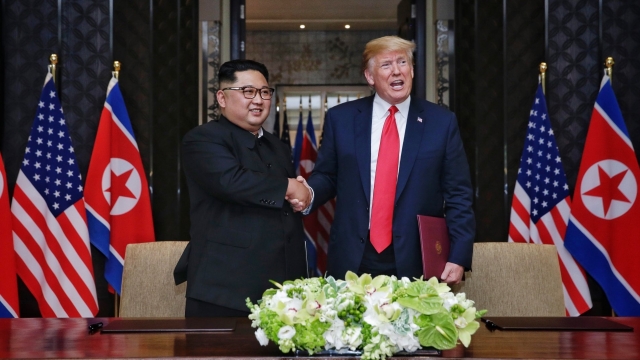 After a closed-door meeting Friday, South Korean lawmakers said North Korea is almost done rebuilding a long-range rocket site that it had once promised to close.

This comes a month after President Donald Trump's second summit with North Korean leader Kim Jong-un where they didn't reach a deal. President Trump wants "complete denuclearization" in the country.

The U.S. and North Korea are at a standstill. Pyongyang said it could dismantle the Yongbyon complex if the U.S. lifts economic sanctions. But U.S. officials said it wasn't clear about which facilities at the complex the country was willing to destroy.

Satellite images from earlier this month suggested an increase in activity at the Sohae rocket site. Some think it might be preparing a long-range or space launch. However, the U.N. Security Council banned North Korea from carrying out space launches.

Experts think the Kim regime might be trying to showcase its dissatisfaction after the Hanoi nuclear summit didn't go as planned. But the White House said the activity was noticed before the Hanoi summit.