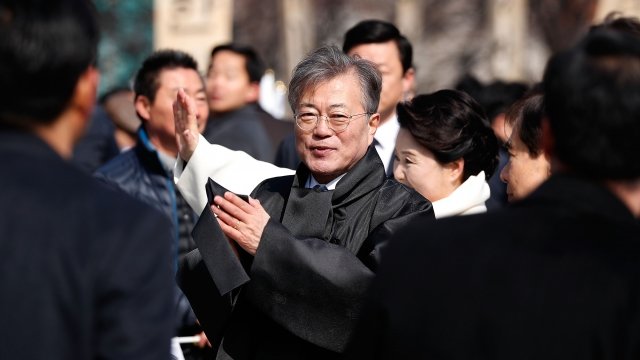 South Korean President Moon Jae-in floated the possibility of a three-way summit between the U.S. and North and South Korea.

Moon is expected to sit down with Kim in late April. A U.S.-North Korea summit is reportedly going to follow.

If that second meeting happens, Donald Trump would be the first sitting U.S. president to meet with a North Korean leader.

Moon stated the focus of the upcoming one-on-one talks are going to be "permanent peace" on the Korean Peninsula and denuclearization.