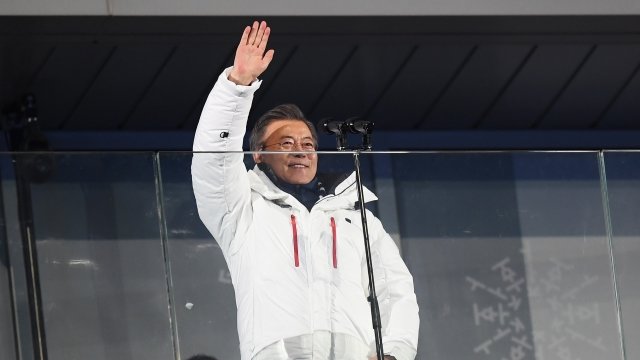 South Korean President Moon Jae-in said the Olympics have helped ease tensions on the Korean Peninsula. But it's probably still too early to host a summit with its northern neighbor.

When asked by reporters on Saturday whether he would hold a summit, Moon suggested he didn't want to rush it.