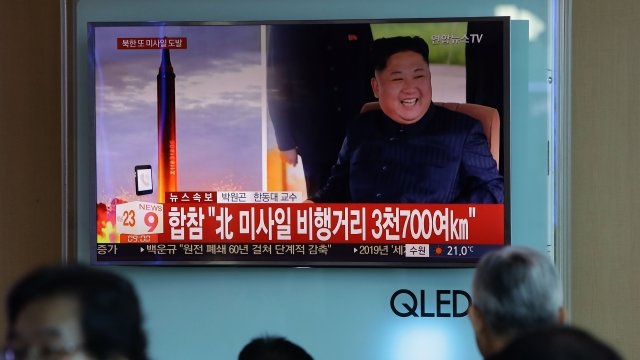 South Korea's unification minister reportedly told the country's lawmakers that its northern neighbor could have as many as 60 nuclear bombs.

According to Sky News, it's the first time a South Korean government official has spoken publicly about the size of North Korea's weapons stockpile.

The reclusive country has long been secretive about its nuclear weapon and missile programs, but denuclearization talks picked back up in recent months. The county invited international journalists to watch the demolition of one of its testing sites in May, but about a month later satellite images showed the country making improvements to a different nuclear facility.

The Associated Press reports that South Korea's estimate of the North's weapons is on par with civilian estimates.