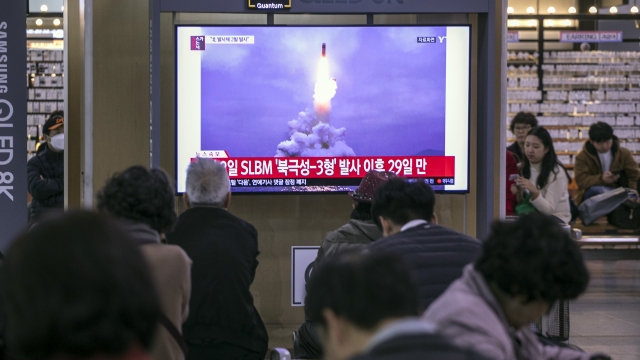 The North reportedly launched the projectiles at 5 pm local time using what Voice of America, V.O.A., calls a “large-caliber multiple rocket launch system.” Japan's defense minister believes the missiles traveled more than 230 miles before crashing into the Sea of Japan.

He says his country will monitor the North “to preserve the safety and assets of the Japanese people.”  The country has also “lodged a protest with Pyongyang through its embassy in Beijing” according to Japan's Foreign Ministry.

Denuclearization talks between North Korea and the U.S. Stalled in February. In October, the countries' leaders met in Stockholm, Sweden to discuss dismantling the North’s nuclear weapons program.

But North Korean leader Kim Jong Un stepped away from negotiations, and his country warned it could resume missile or nuclear weapon testing.

Kim has given the U.S. until the end of this year to come back to the table with new ideas for nuclear diplomacy.