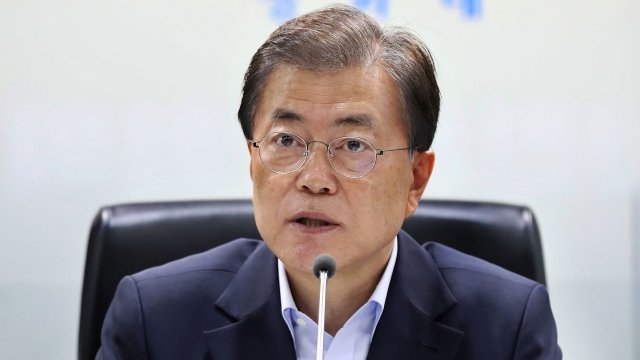 In a rare move, South Korean President Moon Jae-in wants to hold military talks with the North to ease tensions and hopefully reach a peace deal.

The South is proposing a mutual end to hostile acts at the countries' border on July 27, the 64th anniversary of the end of the Korean War. The three-year conflict ended with a cease-fire, not a peace treaty.

Moon spoke earlier this month in Berlin and said the only way to get the North to denuclearize is if both sides reduce military tensions first.

Arirang reports the two countries haven't had military talks like this since 2014.

Those failed after the North demanded the South stop activists from spreading anti-regime pamphlets and prevent media from publishing critical stories.

However, the South said it couldn't fulfill either demand because it's a liberal democracy.

South Korean media expects the North to accept the invitation. But the North will likely demand the U.S. and South Korea stop the joint military drills — a request both sides have rejected before.