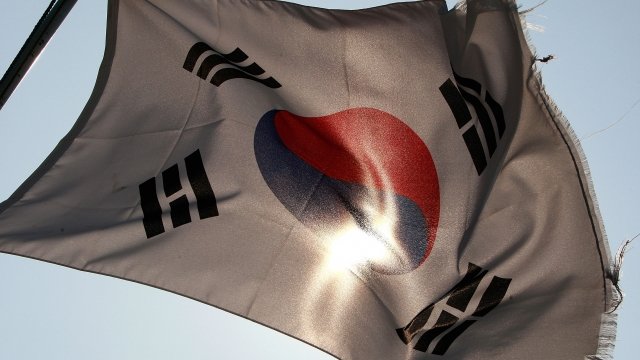 By Caitlin Baldwin
October 11, 2018
South Korea said on Wednesday it would be "flexible" in reviewing its sanctions against North Korea.
SHOW TRANSCRIPT

On Wednesday South Korean Foreign Minister Kang Kyung-wha told lawmakers the country would be "flexible" in reviewing sanctions put in place after an attack on a naval ship in 2010 that killed 46 South Korean sailors. North Korea is the prime suspect, but has denied the accusations.

South Korea banned the North from using its shipping lanes and ended most of its joint economic projects between the two countries.

Kang's proposal was met with disapproval from conservatives in the country as well as U.S. President Donald Trump.

On Thursday South Korea's unification minister clarified Kang's comments saying North Korea would need to take responsibility for the sinking of the naval ship before the South considered lifting sanctions.