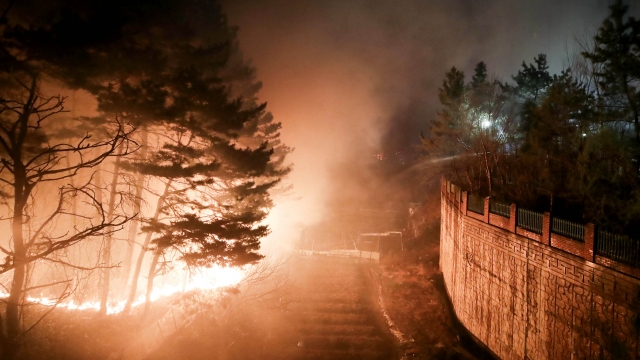 Authorities declared a national disaster in South Korea as massive wildfires spread across the country.

At least two people have died and at least 11 were injured, according to the Associated Press. The fire has forced thousands of people to evacuate, and has destroyed more than 100 homes.

The BBC reports a spark from a transformer in a city northeast of Seoul is believed to have started the fire Thursday. It then quickly spread from strong winds. A South Korean news outlet reports the fire has burned more than 1,300 acres.

The fire is being billed as one of the worst disasters to hit South Korea in over a decade.

Firefighters have been able to contain one fire, but a second fire is about 50% contained. The military has joined in efforts to put out the flames.