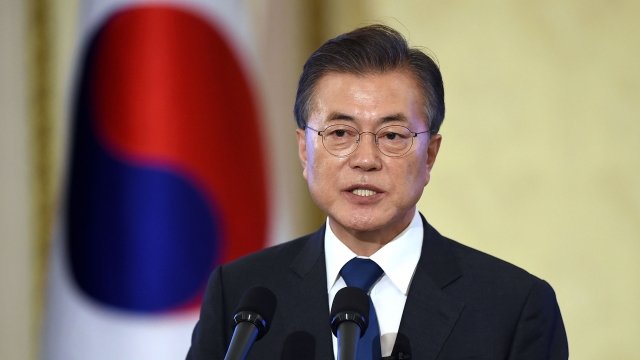 The funds will be distributed via United Nations agencies to help North Korean children and pregnant women.

South Korea approved an $8 million aid package for North Korea — and it's reportedly causing some tension.

The aid will be distributed via United Nations agencies. It'll go toward supporting North Korean children and pregnant women, who the U.N. says are in need of humanitarian assistance.

Some analysts have questioned the timing of the aid package, noting it could undermine global efforts to curb the North's provocative moves.

Less than two weeks ago, the United Nations voted to impose new sanctions on North Korea after its nuclear test.

Trump Didn't Hold Back Against North Korea During His UN Speech

The president warned if the U.S. must defend itself or its allies, it will have "no choice but to totally destroy North Korea."

Despite that blowback, the North pledged to continue developing its nuclear program.