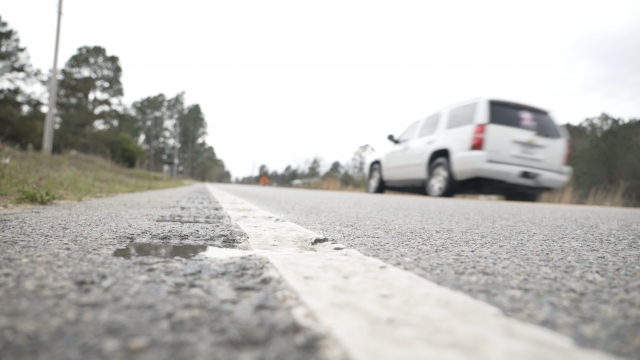 SMS
S.C. Works To Reduce Fatalities By Fixing Dangerous Rural Roads
By Tammy Estwick
By Tammy Estwick
March 25, 2022
One in five Americans live in rural communities, yet studies show nearly half of all fatal traffic accidents are happening in rural America.

Behind the city skyline and past the droves of downtown dwellers sit America's secondary roads pathways that encounter a lot less traffic.

These rural roads maintain a commonality these are some of the country's most dangerous thoroughfares.

"It's almost like they're forgotten roads," an Uber driver said. "Like we'll get to it when we get to it kinda thing."

Pete Poore, Director of Communications for the South Carolina Department of Transportation, says the state has switched focus to target rural roads.

Pew Research found that almost half of the more than 36,000 U.S. traffic fatalities happen on these roads, even as only 20% of Americans live in rural areas.

In South Carolina, the numbers are even worse.

"Roughly 58% of our fatalities occur on rural roads," he said.

It's a statistic Mary Defee knows all too well. Her husband lost control of his truck on a two-way, two-lane road in Lexington County, South Carolina back in December.

Defee says troopers told her it looks like he was able to get the truck back under control, but then he hit a covered-up pipe. He died in the accident.

"When he hit the culvert with the right tire, it did stop the truck basically on that side, but snapped it to the left," she said. "He wasn't wearing a seatbelt."

South Carolina has been trying to reduce these road fatalities, whether they're due to operator error or road conditions. The effort started in 2017 with a simple question.

"Where are the worst of the worst roads?" Poore asked.

"The program had a target of improving 1,000 miles of roads over a 10 year period, 100 miles per year, further to break it down into 10 mile increments," Poore said.

This long stretch of bumpy and pothole-laden highway outside of Columbia, South Carolina gives a clear picture of some of the problem spots.

The S.C. Department of Transportation says this isn't a rubber stamp approach.

Engineers look at each 10 mile section of road and start asking questions.

The state transportation department says crews lay asphalt on the road and then punch out these ridges so when your tires hit them, they make a loud, distinctive sound.

Why these fatal accidents happen is another question that needs sorting out.

Some studies point to driver error is often to blame in fatal crashes for example, cell phone use, driving drowsy and drunk driving

"You know, drunken driving is a big problem," Poore said.

Proven solutions include adding a police presence, adjusting the speed limits and allowing police to pull over drivers who aren't wearing seat belts.

Defee is taking it day by day, remembering the good times and sometimes asking tough questions.

"'Why did you leave me like this?' You know? I know I am not going get no answer but at least I get it out," she said.

For this family, every time they get into a vehicle, it's a reminder of the father, friend, and husband now gone.

There is some relief however, in knowing that the roads around her may be safer soon.