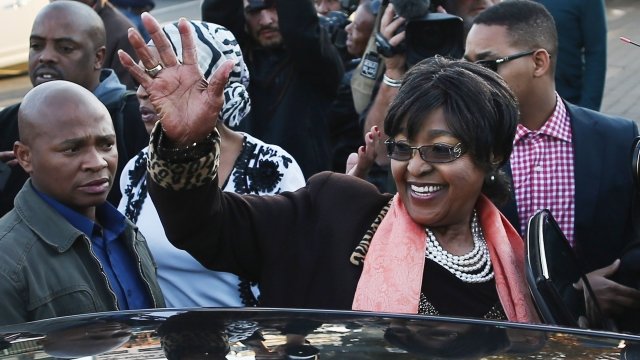 South African anti-apartheid activist Winnie Mandela has died. She was 81.

A family spokesperson confirmed she died Monday in a Johannesburg hospital after a long illness.

She was married to the late Nelson Mandela for 38 years, but he spent more than two-thirds of that time in prison.

During those years, she continued Mandela's fight against oppression in South Africa. Her activism landed her in jail several times.

Despite being convicted of kidnapping, theft and fraud, Winnie Mandela served in South Africa's parliament for years.

Winnie Mandela is survived by her two daughters and multiple grandchildren.