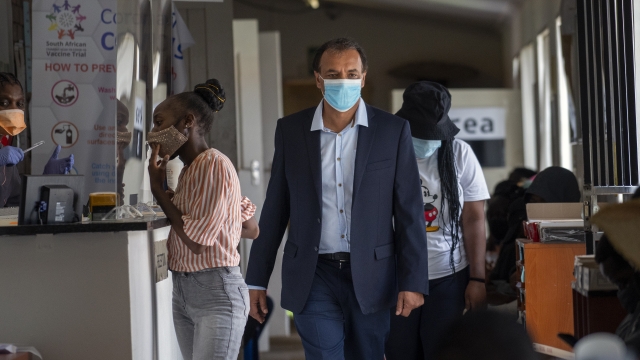 SMS
South Africa Seeks New Vaccine Strategy After Study
By Newsy Staff
By Newsy Staff
February 8, 2021
Researchers determined the AstraZeneca vaccine is not as effective against certain cases of a variant first discovered in the country.
SHOW TRANSCRIPT

The rollout of AstraZeneca's COVID vaccine in South Africa is being put on hold.

This comes after researchers determined it's not as effective against certain cases of a variant first discovered in the country.

The study, which hasn't been released yet, found the vaccine "provides minimal protection" against mild and moderate cases of this variant.

Severe cases were not studied.

The company says it's working with South African leaders to figure out a way to proceed.

In the meantime, South Africa is moving forward with Johnson & Johnson and Pfizer's vaccines.