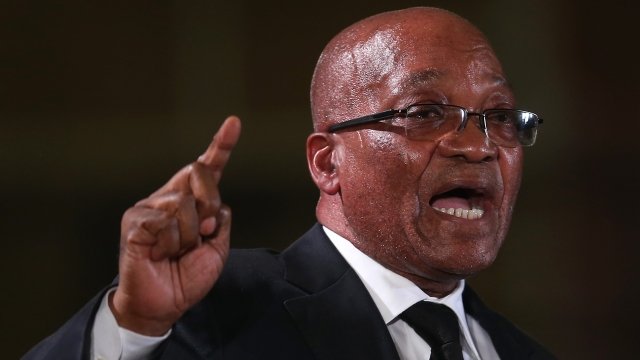 SMS
South Africa's President Jacob Zuma Just Resigned
By Jake Jones
By Jake Jones
February 14, 2018
Zuma stepped down Wednesday, likely before a vote of no confidence that his own party had threatened.
SHOW TRANSCRIPT

"The A.N.C. should never be divided in my name," Zuma said. "I have, therefore, come to the decision to resign as president of the republic with immediate effect."

Once an anti-apartheid hero who served time alongside Nelson Mandela, Zuma's nearly nine years in power have been mired with corruption and misconduct allegations. But rival party leadership, not those accusations, ultimately led to his ousting.

Zuma's party, the African National Congress, moved to push him out of power by setting Wednesday as the deadline for him to resign. If he had refused, the party would have backed an opposition no-confidence motion Thursday.