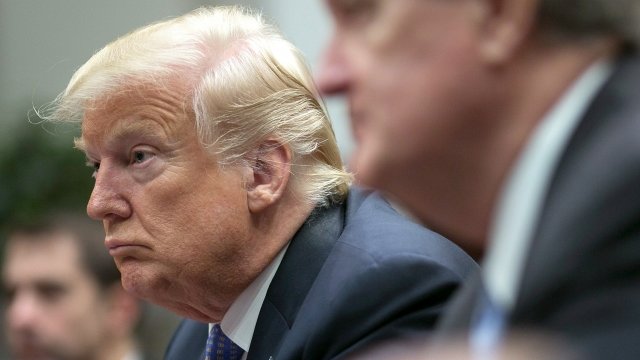 On Wednesday night, amid fallout from his former attorney Michael Cohen's plea deal, President Trump tweeted, "I have asked Secretary of State @SecPompeo to closely study the South Africa land and farm seizures and expropriations and the large scale killing of farmers."

In the tweet, the president also tagged Tucker Carlson, who made this claim on his Wednesday night show: "The president of South Africa, Cyril Ramaphosa, has begun — and you may have seen this in the press — seizing land from his own citizens without compensation because they are the wrong skin color."

South African officials responded Thursday, calling the president's tweet "hysterical" and saying the allegation of widespread attacks on farmers is based on "false information."

The issue of land redistribution has been a fraught one in South Africa, where, historically, a majority of land has been owned by the country's white minority.

South African President Cyril Ramaphosa has made land redistribution a priority on the back of growing discontent.

A farmer advocacy group in South Africa reported earlier this summer that killings of farmers in the country are at a 20-year-low.