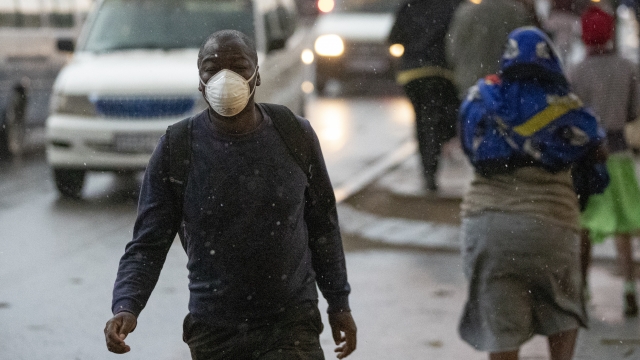 South Africa will impose a nationwide 21-day lockdown starting Thursday at midnight to try to contain the coronavirus.

South Africa's president made the announcement Monday after the country saw a spike in coronavirus cases this week.

"This is extremely dangerous for a population like ours, which has a large number of people with suppressed immunity because of HIV and TB and high levels of poverty and malnutrition," South African President Cyril Ramaphosa said.

South Africa is the third country in Africa to do this: Rwanda and Tunisia have already made the move.

As with many other lockdowns, people will not be allowed outside except for things like food or medical attention. Most businesses will be closed, with the exceptions of things like grocery stores, hospitals, pharmacies, banks and gas stations.

South Africa had confirmed more than 550 cases as of Tuesday, according to Johns Hopkins University.

Last week, South Africa declared a "national state of disaster" and banned travel from high-risk countries, including Italy and the U.S.