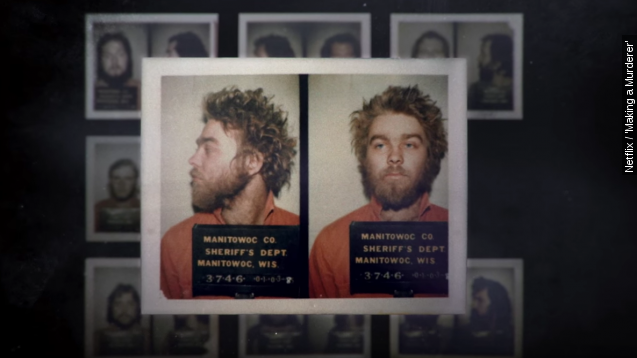 "We found a key," said a police officer in the docuseries "Making a Murderer."

"That key was scrubbed and his DNA was placed on it," said an investigator for the defense.

Ah, the power of binge-watching. By now you've probably watched, or heard or dodged spoilers for Netflix's docuseries "Making a Murderer." And you've definitely heard about the White House petition going around that's requesting President Obama pardon the men at the center of the series. (Video via Netflix / 'Making a Murderer')

The White House petition calls the case "a black mark on the justice system as a whole" and calls on Obama to grant Steven Avery and Brendan Dassey "the ability to live as normal a life as possible." (Video via WLUK)

The petition is getting some serious traction. In less than a month, more than 80,000 people have signed on. The White House will have to publicly respond if it reaches 100,000 signatures by Jan. 19. (Video via Netflix / 'Making a Murderer')

Unfortunately, for the petitioners, that response could sound something like, "Sorry, wrong address." We can thank the Constitution for that.

Article II, Section 2 says the president "shall have Power to grant Reprieves and Pardons for Offenses against the United States." Which translates to, "The president can't pardon state prisoners." Sorry, folks. (Video via the White House)

There is one petition that does name the only person who can help in this scenario: Wisconsin Gov. Scott Walker. That petition is getting close to its 300,000 signature goal, but it looks like that's not going to matter.

Walker said, "Just because a documentary on TV says something doesn’t mean that’s actually what the evidence shows," and goes on to say he will not "override a system that is already put in place." And apparently it's not just this case; according to the Wisconsin State Journal, Walker hasn't issued any pardons since taking office in 2011.