Sorry, Netflix Doesn't Want You Binge-Watching Outside Your Country 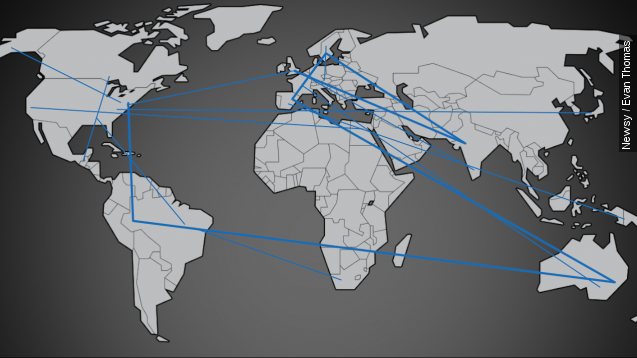 That means no more international television and movies. You, a Netflix user, will be limited to whatever Netflix offers inside your country's borders. (Video via Netflix)

Assuming Netflix's blocking works. Part of the appeal of a VPN or proxy — on top of the ability to get around geographic restrictions — is it can be difficult to trace or even distinguish from regular traffic.

Netflix isn't specific about how exactly it will sniff out VPN users. But whatever it does, expect VPN and proxy services to step up their own game. Access — and blocking access — is an arms race.

For what it's worth, Netflix says it wants to eliminate any need for VPNs as soon as it can. It's expanding into new markets at a rapid clip; it's just the licensing getting in the way.

The company said in a press release: "For now, given the historic practice of licensing content by geographic territories, the TV shows and movies we offer differ, to varying degrees, by territory."

Still, if you've been using a Netflix VPN, now might be a good time to catch up on whatever show you're watching. Just in case. (Video via Netflix)

This video includes an image from Tom-b / CC0.