Sorry, Guys, Only Women Can Make Their Voices Sound Sexier 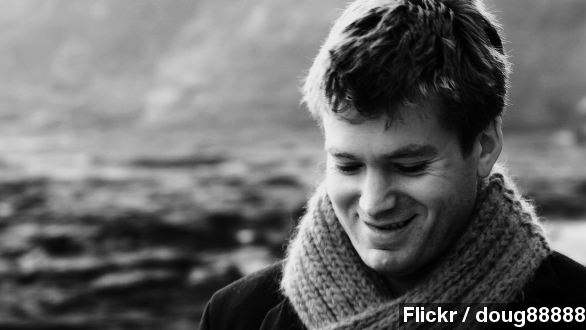 By Nathan Giannini
April 21, 2014
According to researchers at Albright College, women have the ability to make their voices sound sexier, but men don't.
SHOW TRANSCRIPT

That's according to researchers at Albright College in Pennsylvania. They recently conducted a study on what happens when we try to manipulate our voices.

"For the study, 40 participants (20 men, 20 women) provided intentionally manipulated voice samples for the desired traits, plus a normal speech sample. Each sample consisted of participants counting from one to 10. Another 40 people assessed the degree to which each sample effectively projected the given trait."

The researchers found while women could make their voices sound sexier, men could not. In fact, it actually got a bit worse when they tried. So why do women have this ability and men don't?

According to the researchers, it might have something to do with mate selection. Men place more emphasis on attractiveness when finding a partner, so women attempt to sound sexier to quote "enhance their value." (Via Flickr / Courtney Carmody)

It wasn't all bad news for the fellas. Although only women could sound sexier, only men could sound more confident. Both sexes could also manipulate their voices to sound more intelligent and more dominant. (Via Albright College)

Of course, news anchors across the country took this as an invitation to ... test the theory, with varying degrees of success.

​"I sound like I'm making a prank phone call."

The study was published in the Journal of Nonverbal Behavior.