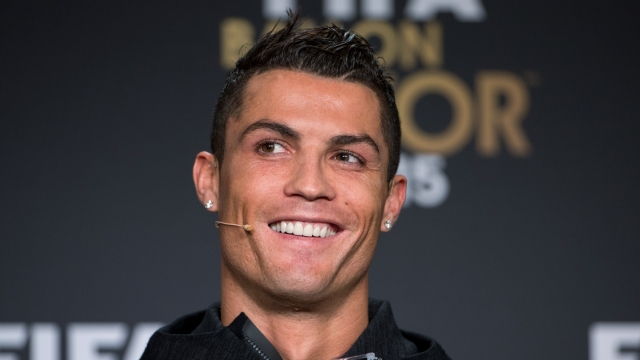 If you're playing Portugal, don't you dare celebrate a tie.

"They celebrated like they had won the Euro cup or something," Ronald said after the game. "That's a small mentality. That's why they'll do nothing."

Iceland was a massive underdog to Portugal going into the game, but the small island nation's team was able to force a 1-1 draw — essentially stealing a point away from Portugal.

"Over in Reykjavik here, the result sent the population of 330,000 people berzerk," the BBC reported. "You got to give them a fair break, don't you, Cristiano?"

Of course, Ronaldo's comments and actions came with a bit of blowback.

"It is sour grapes. This is a country of 330,000 people. They should be able to celebrate when they get a historic point. ... He probably said things that he probably regrets this morning," ESPN's Steve McManaman said.

Portugal will now face Austria, and Iceland will take on Hungary next as Group F play of Euro 2016 continues.

This video includes clips from Nike and UEFA, images from Getty Images and music from Reatch / CC BY 3.0.