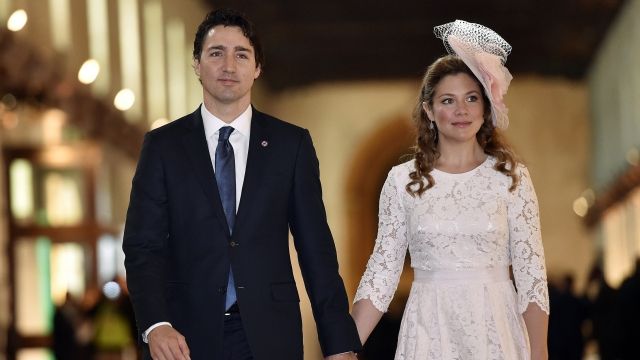 Sophie Grégoire Trudeau, the wife of Canadian Prime Minister Justin Trudeau, called on men and women to fight for gender equality in a Facebook video Wednesday.

But a message she posted on the eve of International Women's Day received some backlash.

Grégoire Trudeau told followers to post a picture holding hands with a male ally using the hashtag #TomorrowInHand. She said it was to "celebrate the boys and men in our lives" who are supportive of and respect women.

According to the post, the social media campaign was meant to inspire "more men to join the fight to build a better tomorrow with equal rights & opportunities for everyone." But commenters weren't keen on "celebrating" men on International Women's Day.

One of the top comments was: "Why do we have to celebrate men on international women's day? I am puzzled. There are so many things that can be done to celebrate women, and yet the call goes out to celebrating men. Allies and unity are crucial, but so is womanhood."

Another said: "I think I'll spend International Women's Day focused on the women who encouraged me to be who I am instead. I can get back to celebrating how amazing men are the other 364 days... Missed the mark on this one."

Grégoire Trudeau later thanked her followers for their feedback and said: "Our goal is gender equality, and fighting for it is going to require men and women working together - raising our boys and girls to make a difference, hand-in-hand. This is about recognizing that we should be allies on this journey."

Grégoire Trudeau shared a photo of herself holding hands with her male ally — her husband. Prime Minister Trudeau has repeatedly called himself a feminist.

"It simply is saying, 'I believe in the equality of men and women and I believe that we have an awful lot of work to do to get there.' That's like saying the sky is blue and the grass is green," Trudeau said at the United Nations in March 2016. 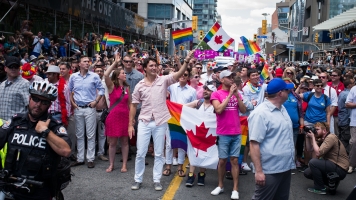 But some have criticized Trudeau — even calling him a "fake feminist"— for not doing enough for women during his 14 months in office. The Canadian Centre for Policy Alternatives notes Trudeau's most recent federal budget sets a goal to create tens of thousands of jobs — but in fields mostly occupied by men.

Trudeau is the first Canadian prime minister to have a gender-balanced Cabinet. The 2016 budget included nearly $90 million over two years to build and renovate shelters for domestic violence survivors. Trudeau and President Trump announced the creation of the United States-Canada Council for Advancement of Women Entrepreneurs and Business Leaders last month. And on International Women's Day, Trudeau announced $650 million in funding for sexual and reproductive health.