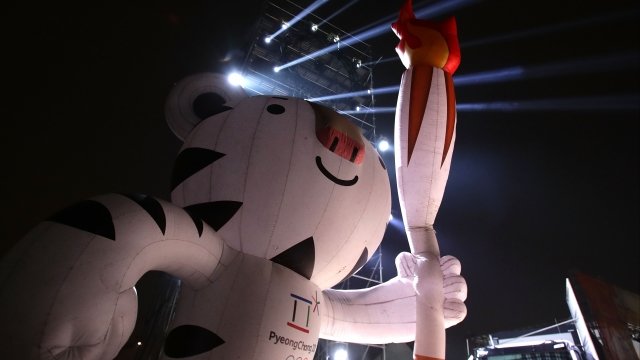 SMS
Meet 'Soohorang': Pyeongchang's Mascot For The 2018 Winter Olympics
By Casey Mendoza
By Casey Mendoza
February 6, 2018
The Olympics has a long history of mascots. Many are cute animals. Others are ... something else.
SHOW TRANSCRIPT

With a look inspired by white tigers, designers developed Soohorang with South Korean culture and lore in mind. In describing the character, the International Olympic Committee says, "The white tiger has long been considered Korea's guardian animal."

South Korea's affinity for tiger mascots has been represented in past Olympics. The last time the country hosted the Summer Games in 1988, its mascot was the tiger Hodori. Wearing a traditional Korean hat and the Olympic rings, he was selected from more than 4,000 mascot entries. 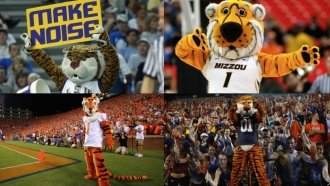 NCAA Tigers Are Teaming Up To Protect Tigers In The Wild

Hodori and Soohorang, like many other past Olympics mascots, are clearly inspired by culturally significant animals. But other countries' past mascots haven't always been so obvious.

Take for example Wenlock and Mandeville, the mascots for the 2012 Summer Olympics and Paralympics in London. At first glance, the creatures look like one-eyed humanoid blobs, but they were actually designed to look like a drop of steel used to build the Olympic Stadium. The mascots were selected over a humanized pigeon, an animated teacup and Big Ben — if Big Ben had arms and legs.

Now, as weird and as blobby as Wenlock and Mandeville might look, their design is arguably simpler than Izzy the mascot for the 1996 Summer Olympics in Atlanta.

If you're asking yourself, "What is it?," you're actually on the right track. Izzy was originally named "Whatizit." He's not an animal, a human figure or even an object, but instead, "a product of information technology."

Former officials with the 1996 Olympics told Atlanta Magazine some people were horrified with the design, but somehow, the strange creature still managed to make money from merchandise. At the end of the day, that's probably all that really matters.