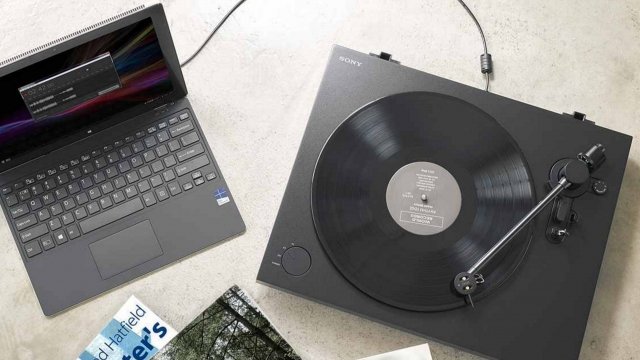 SMS
Sony Has Plans To Keep Up With The Record-Breaking Demand For Vinyl
By Casey Mendoza
By Casey Mendoza
June 30, 2017
After 28 years, Sony is going to reopen its record-pressing plant.
SHOW TRANSCRIPT

The demand for vinyl is skyrocketing, and the music industry is scrambling to keep up.

Sony Music Japan announced it plans to reopen its record-pressing plant next spring. Sony originally ended its vinyl production operations 28 years ago. While the new records released will mostly be sold in Japan, the decision was made as a result of the global vinyl resurgence.

In the U.S., vinyl records are expected to hit sales of $1 billion. That's about 40 million records.

In the U.K., more than 3 million records were sold in 2016 — the highest the industry has hit in 25 years. At one point, sales for vinyl albums in the country also surpassed digital downloads.

So, what started the vinyl record resurrection? Young hipsters.

The young demographic originally liked the vintage-like sound and authentic imperfections of vinyl records. Digital music, though "cleaner," erases the scratches and skips of physical records.

Musicians and artists are actually pushing for more vinyl pressing plants to keep up with the demand for records. Oftentimes, record release shows are pushed back because artists don't receive their records in time.

Record Industry, based in the Netherlands, actually has to turn musicians away from its pressing plant because the demand to produce vinyl records is so high.

Tech companies like Sony and Panasonic have each come out with new, modern takes on record turntables, and several retailers have started catering to the market on their websites.