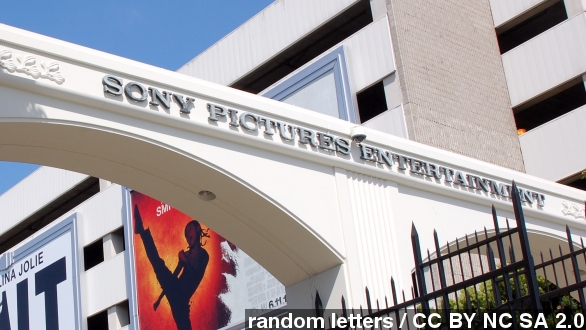 SMS
Sony's Hackers Are Now Threatening Employees
By Evan Thomas
By Evan Thomas
December 6, 2014
Email messages from those thought to be behind the Sony hack say employees and their families are at risk.
SHOW TRANSCRIPT

The Sony hack just keeps getting worse: now those responsible are reportedly sending threatening emails to some Sony employees.

Variety obtained a copy of a poorly-translated email threat, which demands Sony employees distance themselves from the company. “If you don’t, not only you but your family will be in danger.”

The email says the hack — which leaked several unreleased movies, sensitive salary information and social security numbers for thousands of Sony employees and partners — was just the first step toward the group’s goal of “Removing Sony Pictures on earth.” (Video via ABC, NBC)

The breach is widely thought to be the work of North Korea in response to "The Interview," one of Sony’s upcoming films about a plan to assassinate Kim Jong-un.

“These people are prodding and poking Sony. And they’re doing it deliberately. This is not the kind of thing where they just want to go in and steal some movies. They’re trying to stick it to Sony; in particular Sony executives,” cybersecurity analyst Mark Rasch told CNN.

North Korea, for its part, is sending mixed messages. In June, one state official slammed the film for its subject material but suggested Kim would probably watch it anyway.

And publicly, at least, North Korean officials now deny the hack was state-sponsored.

“Linking the DPRK to the Sony hacking is another fabrication targeting the country,” one official told Voice of America. “My country publicly declared that it would follow international norms banning hacking and piracy.”

Sony acknowledged receipt of the latest threatening emails and said it’s working with the FBI to investigate.