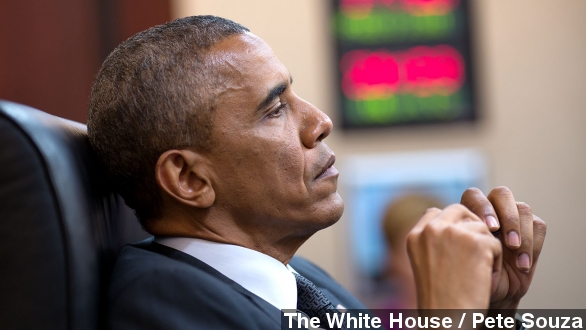 SMS
Sony Attack Sets Table For Unprecedented U.S. Response
By Lauren Zima
By Lauren Zima
December 18, 2014
Outlets are reporting that North Korea is behind the hack on Sony. How the U.S. government responds will set a precedent.
SHOW TRANSCRIPT

Sony Pictures canceled the Christmas release of "The Interview” Wednesday, and now multiple outlets are reporting the Obama administration has traced the hack on Sony to North Korea. Officials maintain there’s no credible evidence of a physical attack... (Video via KCNA / ODN)

“If we see something that we think is serious and credible then we’ll alert the public, but for now my recommendation would be that people go to the movies," President Obama told ABC's David Muir.

The consensus seems to be that North Korea is behind the cyber attack and that an announcement from U.S. government officials will come on that soon, but that the hermit nation likely doesn’t have the capabilities for an attack on the ground in the U.S. North Korea denied involvement weeks ago, yet called the hack a “righteous deed.” Now the question becomes — how to handle a response?

“Is this a precedent that future films could be held hostage by any party?”

“This calls for very strong U.S. policy and a very strong U.S. response. I think we need to to talk softly and carry a big stick, but we’ve got to have discussions because I see this as the next nuclear issue,” said Shawn Henry, former Executive Assistant Director of the FBI.

The situation is certainly unprecedented. As TIME’s team put it, “however the U.S. decides to respond will set the tone for a whole new kind of cyberwar.”

It’s unclear what will happen for the movie next. Sony’s been hit hard financially and has hired a private security firm to investigate the hack. Sony's decision to pull “The Interview” came after major chains like Regal Cinemas and AMC Entertainment pulled it. The hacker group Guardians of Peace threatened attack on theaters that showed the movie.