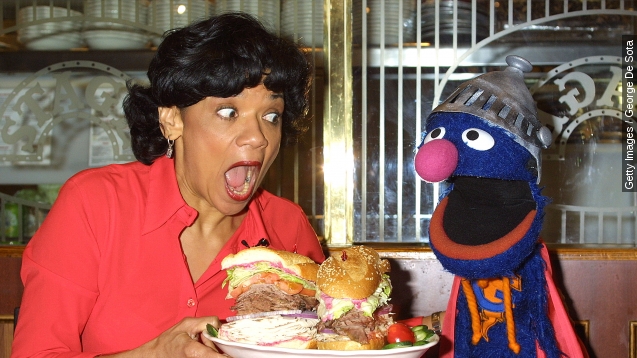 Sonia Manzano, one of the most familiar faces on the streets of "Sesame Street" announced her retirement Monday after 45 years on the childhood show. (Video via PBS)

So essentially, if you're a parent, under 50, or were a child, you know her.

Manzano literally grew up on the show. She has played the character Maria since 1971  — making her one of the first Hispanics on television.

And even more unique about her four-decade career is that a lot of her scripts are loosely based on her real life.

In addition to acting on the series, she won 15 Daytime Emmys for her writing on the show.

What's interesting is how she helped mold "Sesame Street" into what it is today.

Manzano told the American Library Association the show was originally meant to help close the pre-kindergarten education gap for kids who didn't have the same opportunities as middle-class kids.

"It was a very idealistic time," she told the American Library Association.

But as children's needs changed as the years went on, the team behind "Sesame Street" learned to adapt storylines beyond classroom education.

"Tell a grown-up that’s close to you," Manzano replied.

It’s no secret "Sesame Street" has had a profound impact on children. A 2014 University of Maryland study found that children who regularly watch the show have a lower risk of falling behind in school.

And don't worry, she's already hinted at a return — she told one fan on Twitter she might return for the 50th anniversary.