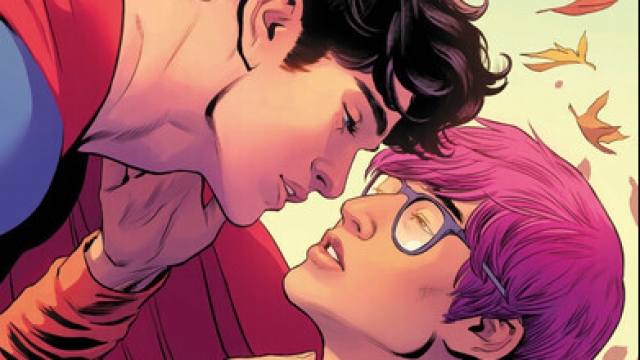 SMS
Son Of Superman Comes Out As Bisexual
By Casey Mendoza
By Casey Mendoza
October 12, 2021
DC Comics announced that the Man of Steel's son would come out as bisexual in his upcoming comic.

Superman is one of the world's most recognizable superheroes — a symbol of hope and justice. And Monday, DC Comics announced that the Man of Steel's son would represent even more: coming out as bisexual in his upcoming comic and becoming one of DC's most high-profile LGBTQ figures.

Writer Tom Taylor told the New York Times that he wanted his Superman successor Jon Kent "to have new fights — real-world problems — that he could stand up to as one of the most powerful people in the world."

Queer representation in comic books has been steadily growing since the '90s. DC's Pied Piper came out as gay in 1991 and Marvel's Northstar came out the following year.