Multiple College Campuses Say Students Can Return In The Fall 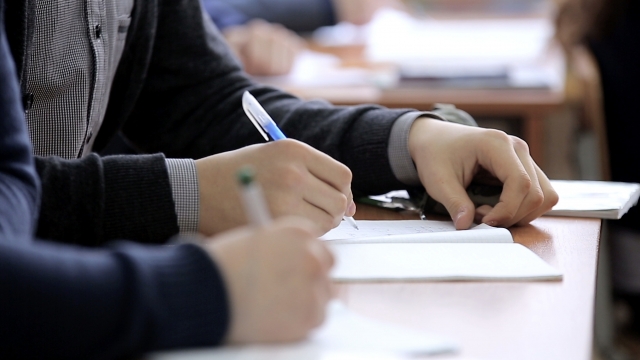 A number of college campuses in the U.S. are expected to be back up and running in the fall after the coronavirus pandemic forced universities to shutter classrooms.

Campuses in at least four states say they plan to restart in-person teaching in the fall.

The University of Alabama System says it plans to have teachers and students return to campus at its three universities in the fall. The system says it has created a task force to help develop a plan "to protect students, faculty and staff."

The University of North Carolina System said at least 17 campuses are expected to reopen. The system's interim president said: "North Carolina will likely have improved capacity for tracking student exposure and greater access to the tools, materials, and supplies that can help minimize the virus's threat."

The North Dakota State Board of Higher Education voted unanimously for students to return to campuses in the fall. The state's governor supports the decision.

"Given the population of the typical age of a college student is at less risk, I think it's a smart way to signal that we're going to try to figure out a way to add, at least at a minimum, a mix of in-person and online heading into next fall," Gov. Doug Burgum said.

And in Texas, the president of Texas Tech University said his campus will reopen in the fall "using a phased return approach" given that the number of coronavirus cases in the City of Lubbock continue to decline.