Some U.S. Troops To Remain In Syria To Protect Oil Fields From ISIS 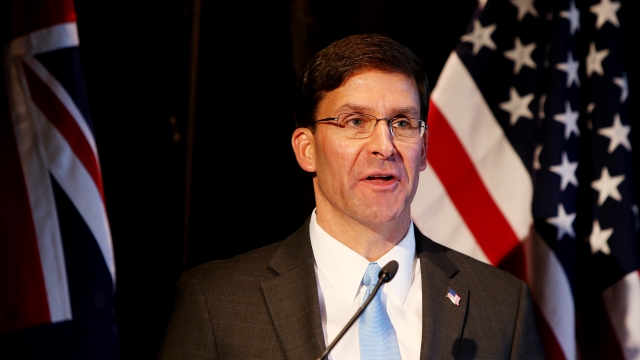 SMS
Some U.S. Troops To Remain In Syria To Protect Oil Fields From ISIS
By LeeAnne Lowry
By LeeAnne Lowry
October 25, 2019
The Defense Department confirmed the move, which was first revealed by President Donald Trump.
SHOW TRANSCRIPT

The U.S. Defense Department confirmed Friday that some U.S. troops will remain in Syria to guard Kurdish-controlled oil fields.

Defense Secretary Mark Esper told NATO defense ministers, "The United States will maintain a reduced presence in Syria to deny ISIS access to oil revenue as we reposition for the next phase of the defeat ISIS campaign."

He said the presence will include some "mechanized forces," but didn't elaborate.

The move was first revealed by President Donald Trump on Wednesday after he announced the U.S. is lifting sanctions on Turkey.

President Trump said: "We've secured the oil and, therefore, a small number of U.S. troops will remain in the area where they have the oil. And, we're going to be protecting it and we'll be deciding what we're going to do with it in the future."