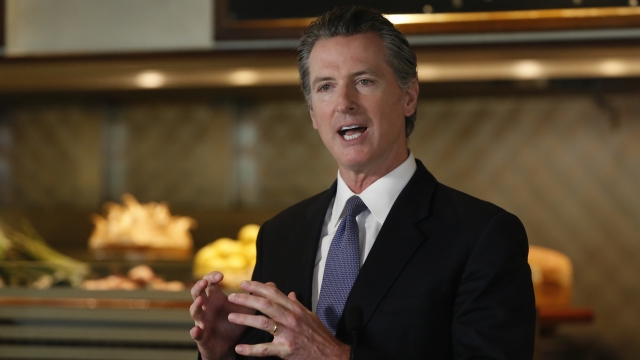 Texas and California have given the go-ahead, and New York's governor said his state is prepared to help teams televise games.

Texas, California and New York announced Monday that professional sports can return, but only without fans.

The move is part of the state's reopening plan. However, the state had its highest single-day increase in new coronavirus cases over the weekend. Texas was one of the first states that started reopening.

"Without spectators, and modifications and very prescriptive conditions," Newsom said.

New York Gov. Andrew Cuomo also said he would like to see professional sports start again, but didn't say when that would happen. He also said games could be televised and that the state is ready to help.

"New York state will help those major sports franchises to do just that," Cuomo said. "Hockey, basketball, baseball, football, whoever can reopen, we're a ready, willing and able partner."

The NBA, NHL and MLB are still weighing their options on how they want to proceed. Several NBA teams, including the Los Angeles Lakers and Houston Rockets, have reopened their facilities for players to practice on their own.